Article is devoted to the analysis of ideas on the state, the nation and the relations between the church and secular power by Melety Smotrytskiy, outstanding Ukrainian cultural and public figure. The content of these notions, their structure, common and distinctive features between views of M. Smotrytskiy and his contemporaries have been investigated, and also influence of these views on the formation of the early Ukrainian nation has been considered. It has been established that sources of political and legal views of the outstanding scientist root to antique philosophy, to the Renaissance idea of the perfect state and the citizen, and traditions of philosophy of Kievan Rus’. The originality of these views stipulated their role in the philosophy of Ukrainian baroque and national culture. It has been found out that M. Smotrytskiy was the first among domestic cultural and political agents, who started applying the concept of the natural right and the public contract as the best way of the state’s organization. it is important to mention that M. Smotritsky in his views on the state believed in the necessity of the individual freedom of the citizen being the pledge of citizen’s active participation in the state life. The structure of ideas of the outstanding scientist on the state life has been investigated and it has been established that in the system of these views, ideas on the essence of nationality, the right and a duty of the citizen, the ideal governor, relationship between the state and church were accurately studied. The important place in this system is occupied by the concept of the political nation of the state - Russian people. The innovation of M. Smotrytskiy is that he was the first among domestic philosophers who had formulated the concept of the nation as an ethnic community without public and religious faith. These ideas made essential impact on the formation of early Ukrainian nation. It has been found out that in his views on the state M. Smotrytskiy adhered enough the democratic belief without rejecting the right of citizens to counteract to the owner. It allocated a role of the political nation, first of all, for the aristocracy and clergy, without recognizing the right of Cossacks to solve public affairs. Being the representative of the church, M. Smotrytskiy formulated his ideas mainly with the use of the Orthodox rhetoric and symbolic, thus his idea of a symbol of the ideal state evolved gradually to the symbolical concept of Trinity as unity in variety. It has been established that the outstanding scientist solved a question of relationship between the secular and church power in favor of the power of the church. His views on this question are close to views of scientists of Kiyevo-Mogilyansky academy. It has been defined that in views of M. Smotrytskiy there are germs of future civilization theory of F.Prokopovich and elements of philosophy of the European Education. 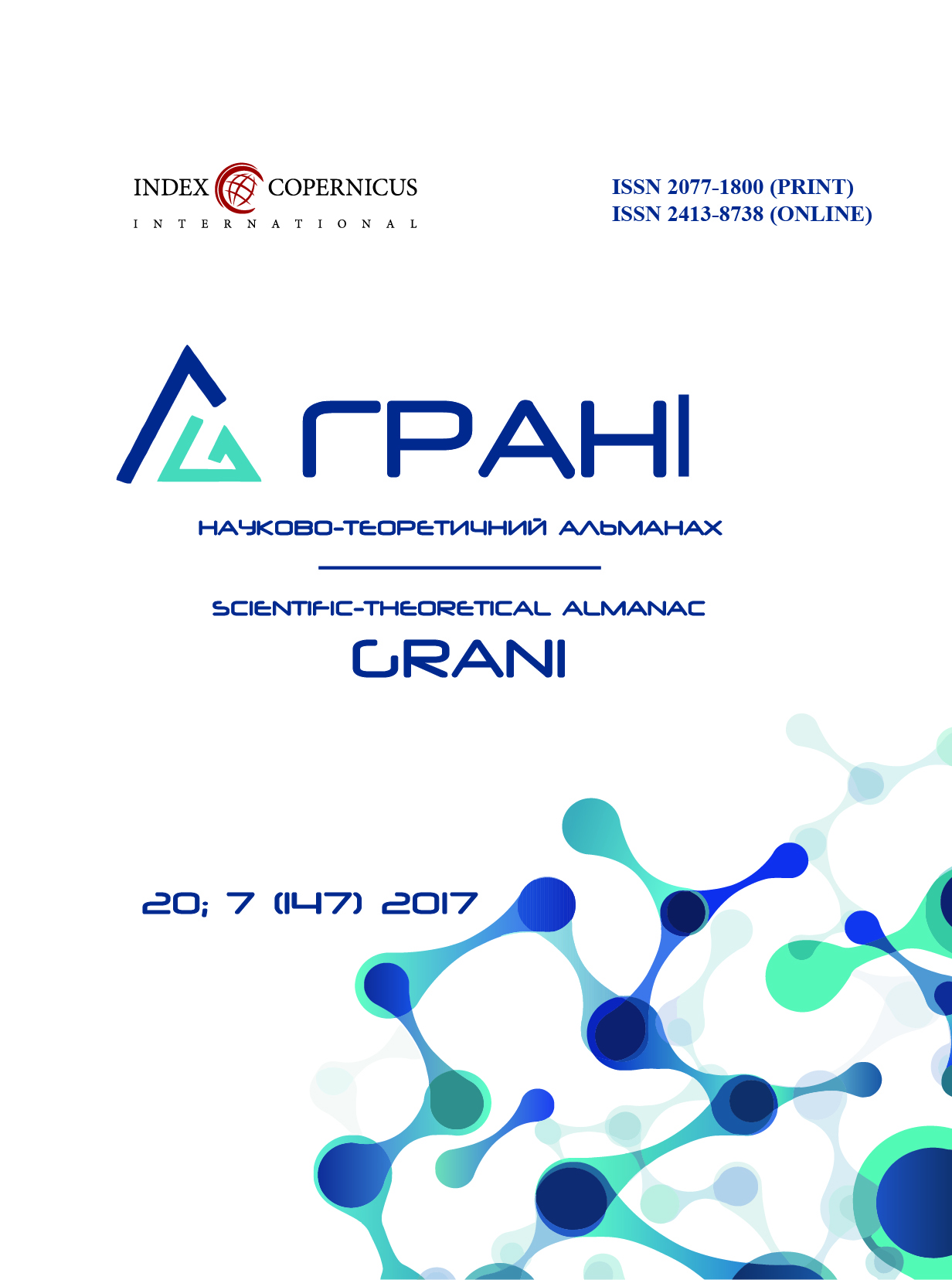 Published
2017-09-21
How to Cite
Shalashna, N. (2017). Views of Melety Smotrytskiy about the state in the context of the early modern Ukrainian nation. Grani, 20(7), 32-38. https://doi.org/10.15421/171793
Download Citation
Issue
Vol 20 No 7 (2017)
Section
Статті
Authors retain copyright and grant the journal right of first publication with the work simultaneously licensed under a Creative Commons Attribution License that allows others to share the work with an acknowledgement of the work's authorship and initial publication in this journal.