The meaning of the concept «educational reality» has been substantiated by the author, its ontological nature and structure has been revealed, the features of its transformation in modern conditions have been explored especially. Finding ways to build a new ontology of social reality, which extends beyond the boundaries of existing stereotypes, takes on the problem of communication process to improve the quality of education with its objective form of implementation. It has been shown by the author that modern human cognition is focused on understanding rather than explanation, ie, it seeks not to identify causal laws as a cultural phenomenon determinants, but to explicate and actualize its meaning. In pedagogical terms this means that the main result of education should not be a system of knowledge, skills and abilities in itself, but a set of core competencies in the modern intellectual, social, legal, communication, information spheres. Innovation plays a special place today in identifying person’s life trajectory, gaining experience of independent activity and personal human responsibility. It has been pointed out by the author that arts education has a bad reputation. Its understanding of cultural horizon expands, leading to a critical awareness of its cultural background, to the self-understanding and self-determination. This requires the selection of educational information technologies that would bring to students the understanding of human cultural diversity, the complexity and ambiguity of the humanistic perspectives of mankind.The role of communicative rationality in the «social construction» is to offer a new way of understanding of existing educational practices and to open new range of possibilities. It has been noted by the author that the assessment of innovations in terms of their impact on improvement of the quality of educational services and their ability to meet needs of consumers is objectively defined criteria. It requires the development of methodologies for national independent agencies to assess the quality of education. 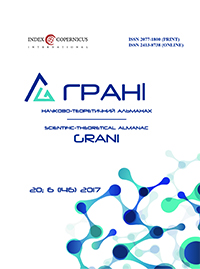