Self-knowledge in the process of interpreting philosophical texts

Modern philosophical researches pay attention to various aspects of self-knowledge investigation. For instance, there are works on historical concepts of self-knowledge (e.g. ones by C. Moore), or articles about the place of self-knowledge in the phenomenon of rationality (e.g. ones by J. Roessler), or articles about epistemological lacks of self-knowledge (e.g. ones by J. Fernández). However, our paper is about the aspect that is not in the researchers’ centre of attention. Our study shows that practicing of book reading can be a source of information not only about the content of the books, but also about their readers. We investigate a phenomenon of incompatible interpretations, Ludwig Wittgenstein’s ideas about understanding his texts, Merab Mamardashvili’s concept of ‘novel as a machine’, Ludwig Feuerbach’s theory of specifics of human cognition, and Philosophical Hermeneutics thinkers’ concepts about problems of understanding. The purpose of our paper is to describe possibilities of getting self-knowledge by analyzing the information about the results of philosophical texts reading. The research holds that these results give information about the content of the text as well as a reader’s ideas. A reader can use word forms from the texts to express his own implicit thoughts. Philosophical texts are the most effective tool for doing that because their content and ways of text organization stimulate such an activity. We illustrate these statements by examples from history of philosophy. For instance, we investigate the creation of the theory on the genealogy of morality by Friedrich Nietzsche. Analyzing phrases, which were important for him in the text, a person can estimate his own ideas. If one uses this theoretical model for getting self-knowledge he takes a new source of information about his own implicit ideas. The interpretation of this information will be effective. As a result of analyzing of Friedrich Schleiermacher, Hans-Georg Gadamer and Martin Heidegger’s theories we state that the interpretation of somebody’s own ideas does not make big problems with taking into account factors that have influenced the process of thoughts formation and context of creating ideas. We show how this approach to interpretation of reading philosophical text diverges from the other ones. Moreover, we argue that there is a relation of our theoretical model to Socratic maieutics, although we describe differences between them too. 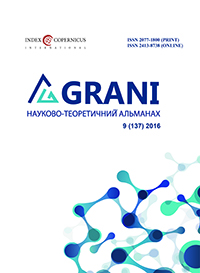