It’s studied the group of Central and Eastern Europe countries in terms of the formation of a special regional political, cultural, historical and economic community that exists within modern European political space. Analyzes the historical foundations of this community formation in the societies of the group, as well as the main stages of its transformation. There were two waves of transformation. The first on the 40’s of XX century because of joining the bloc Soviet states and disconnected from European traditions with Western. Second wave was in the end of 90’s in XX century as a reverse process associated with democratization and European integration. Formed Eastern European regional political community can be considered as a potential landmark European integration of Ukraine into the European political space. However, please note, that this group of countries has made this community through joint policy reforms based program and the Washington Consensus and the neoliberal ideology that is not shared by the majority of the Ukrainian population. Therefore, there are some risks for Ukraine towards European integration, relating to the possible isolation of our country in the socio-political and economic environment of the EU. The condition of the soft entry seems prudent action plan to bring the Ukrainian reform program in line with European standards, and the formation of the pro-European values, common values with Eastern European countries. 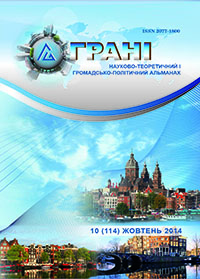