The article deals with the analysis of the social factors of gender roles formation in civil marriages as society risks. There are cited the empirical study data of the gender representations of Zaporozhye region youth.It is concluded that the gender equality has the problem of implicit risks for a family. Rejection of matrimonies is not only a consequence of the expansion of gender equality, but also is the way to cope with the risk of gender inequality. Civil marriage increases sensitivity to gender inequality against the background of regulatory mismatch displays. The representatives of civil marriages do not approve their relationships.Civil marriage takes a woman under the selection pressure «family or career». The social status independence of women is more the reason than the consequence of civil marriage, but later the civil marriage forces her to take even more autonomous position in a society.The civil marriage woman is faced with the situation of contradiction between the desire for independence and desire for security through abidance. A man is often called the head of the family under conditions of civil marriages. This is contrary to delegating of responsibility for the preservation of the family to a woman and leads to a power and responsibility distribution conflict in a civil family.In comparison with the representatives of matrimonies the civil ones value significantly higher the equality of spent forces for family and «save» on the development of relations extinguishing personal development of both. 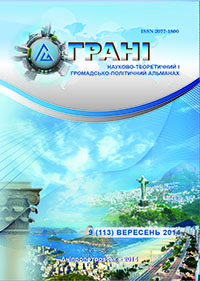