In the presented article the author investigates possibilities of intellectual and moral internal potential of leader ­ creator as subject of imperious activity in the conditions of historical evolution and reformation of Ukrainian society on the stages of its transitivity.In the conditions of global challenges, forming geopolitical and geoeconomic structure of the world innovative modernization of modern Ukraine will claim potential of the new politically, economically, spiritual­moral intellectual elite that is able to settle relation in the system of coordinates of community development and to bring society to ­moral consensus. Exactly in such critical moments of history, in the conditions of transitivity of society the new types of leaders (leader as a destroyer, leader ­ as collector, leader ­ as creator), acting as subjects of vertical line of power, base configurators of worthy answer to the next historical call, are highly sought.Attention to the phenomenon of leader ­ as creator is paid, foremost because carrier of human factor of history in transitional periods is not only the active representative of vertical line of power, but a «face of history» a multi­skilled passionar personality, possessing the special biopsychological capabilities. In the article the phenomenon of leader ­ creator is examined from positions of philosophical and scientific knowledge through the prism of socially­philosophical analysis. A leader is investigated as personality with the steady system of certain capabilities (socially­meaningful qualities) that is formed in the process of historical public relations and characterizes a certain type of society. Essence of leader ­ creator comes to light through the analysis of his typical biopsychophisiological properties at fundamental level (individual), subject ­ personality level (personalities), on ideally ­ spiritual level (individuality). His base attributes come to light through the analysis of essential forces of subject of power, such as an intellect, feelings and will that reflect the certain degree of social maturity of individual, his professionalism.The special place in research is given to leader’s intellect, as relative structure of mental abilities allowing him to think strategically and accept effective decisions. Leader ‘s intellect as subject of power declares about itself through will, and will as a base attribute of subject of power is shown in three components is «will to power», «will to truth» and «will to spiritual perfection». Priority of base personal attributes of leader­creator («will to truth» and «will to spiritual perfection») is grounded on the second and third stages of transition of Ukrainian society, that allow to the subject of power in modern transition realities to provide the pureness of current veritable knowledge and objectively estimate moral character of the imperious activity. 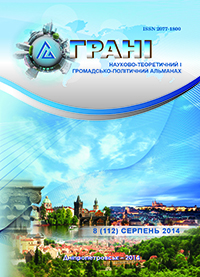