Religiousness of Ukrainians: tendencies of decade

The article is devoted to analysis of religiosity in Ukrainian society. Presents the results of sociological research 2000 and 2013, conducted by the Ukrainian centre of the economic and political studies named by Razumkov by the same toolkit. In the material of attention is paid primarily to determine the level of religiosity, a description of its characteristics.The comparison of data over time span of 13 years gives grounds to define the steady and stable developments in the religious sphere of the state (in understanding of religiosity as one of the characteristics of the spiritual component of public consciousness of the population).The conclusion is that for the vast majority of modern Ukrainian citizens identification «believer» is desirable, is based on conformists’ position. Over the last decade, there has been a certain increase in the number of believers through representatives of other ideological groups, but most of all a decrease in those who hesitate between belief and disbelief. In modern mass consciousness of Ukrainian happened illogical extending the concept of «Orthodox», which now includes the concept of a «believer». There is a development of outside the Church, outside of the confessional religiosity, significant part of which is ideological uncertainty of a substantial part of modern Ukrainians. «The Churchanity» has acquired the features of socio legitimize and encourage characteristics of a person that strengthens religious behavior and temple activity. Takes place temple­nominal or nominal­ritual exercise of religious practices with strong dominant features of conformism. 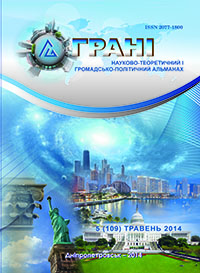