Trade unions and liberal values: struggle or complementarity in a democratic society?

The article examines the features of interaction ideological foundations of modern political union and content of liberal political values. Established the nature and meaning of liberal political values for the development of a democratic political system. The importance of liberal values for the role of trade unions in civil society was studied.Freedom of speech and civil rights are the leading factor of socio­political processes in modern society. Therefore, trade unions have to respond to the spread of democratic values and somehow interpret their meaning for the trade union movement. Modern scholars consider liberal values as the basis of broad civic engagement.A new vision of liberal rights and freedoms enables the modern trade union movement to join social activities and advocacy within the democratic procedures. Contents of modern civil society meets guidelines unions as voluntary organizations aimed at individuals realization in the implementation of cooperation and civil society feature that allows you to extend the influence of public unions and increase their social status , control functions of civil society.According to the teachings of liberal society has the right to monitor the actions of public authorities. Acting as intermediaries between the state and civil society , trade unions are active within social partnership. They implement the interpretation of industrial relations and representation of employees by requiring compliance actions of social partners legal requirements also require correction of transactions . The control functions of trade unions within the liberal interpretation of civil society are manifested in the representation of interests and their articulation within the debate and defend positions that exercise the right to freedom of establishment and freedom of speech , speaking as an equal partner country. The advantages of trade unions in the context of a liberal civil society is their organization and broad organizational capabilities.Thus, liberal values and democratic interpretation of civil society allow reorientation of the trade union movement from a purely socio­economic actors to the direct participants in political events. Successful social activities require a clear program of action learning features opinions and promote their self­expression .Thus, viewing the political position of trade unions in a modern democratic society suggests that the trade union units are fully capable to absorb some elements of liberal doctrines. This indicates a broad base complementarity and mutual conceptual foundations of trade unionism and democratic society. 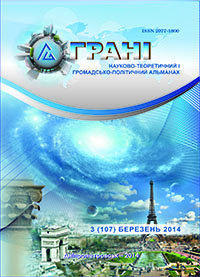