Interpretations of linguistic identity in contemporary social and humanitarian knowledge

In the article, the author analyzes the symbolic, real, and imaginary categories of psychoanalytic theory of Jacques Lacana projection on language issues. Research issues of language identity as a symbolic, real and imagined in contemporary social and humanitarian knowledge due to the interaction between real, imaginary and symbolic have a significant influence on the formation of identity. Moreover, this influence can be defined when human is the subject of language behavior, and when defining linguistic phenomena. The paper presents the analysis of the works of domestic and foreign philosophers and sociologists who have studied this subject, in particular studied the imaginary and symbolic functioning in the social and political relations in the social structure and the structure of language. However, sociological analysis category symbolic, real, imaginary projection of language problems was not represented in the work of researchers, and the goal is  implementation of the interpretation of language identity as a symbolic, real and imagined in contemporary social and humanitarian knowledge in the context of scientific research achievements such as P. Bourdieu, E. Giddens, Ferdinand de Saussure, P. Berger, T. Lukman, G.H. Mead. In the article proposed interpretations of language identity as a symbolic, real and imaginary in contemporary social and humanitarian knowledge allows to describe linguistic identity as being absorbed by the individual using evaluations, used to build their own picture of the world through symbols and are played using behaviors structured imaginary categories. Despite the existence of a plurality of options interpreting linguistic identity, the symbolic, real and imagined projection of categories on language problems can be an innovative approach to the study of linguistic phenomena, as it allows to shift the emphasis from standardized methods to reflective identifying meanings and codes of the phenomenon or process.

Lacan Jacques Function and field of speech and language in psychoanalysis, 1995. Regime to access: http://anthropology.rinet.ru/old/library/lakan­soder.htm

Mead H.G. Mind, self and Society from the Standpoint of a Social Behaviorist / Edited by Charles W.Morris. Chicago, 1967. 440 р. 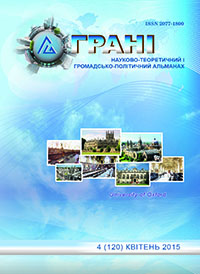