In the presented article the author analyzes the activity of the new organization in the international arena – Gas Exporting CountriesForum. Today association of gas strives focus its activities on the optimization of international cooperation in sphere of production and consumption. Besides, member countries of the Forum note the importance of ensuring international energy security is reflected in the major purposes of the organization. Gas Exporting Countries Forum is often called the «gas OPEC». However, a significant difference in the principles of the oil and gas market, cannot say that the GECF could become soon on the «gas cartel». In the article analyzes not only main objectives and provisions of work association, butalso the key problems. In particular, it is a conflict between member states. Different political and economic interests of the participants cannot effectively work within the organization. Also has a significant influence position of the EU and the US, who believe that the a forum directed at monopolizing global gas market. The characteristic feature of the modern world is that the processes of globalization have covered all spheres. They have touched all branches of human life. The long-usual practice was the generation of efforts of representatives of different countries to solve global problems. In the last decade, against the backdrop of long-overdue global problems (climate change, environmental pollution, etc.), a new - energy security has emerged. The ever-increasing demand for natural resources and the unevenness of their location leads to increased tensions not only between individual states but also between entire regions. Conceptual provisions and mechanisms for ensuring international energy security are primarily developed within the framework of intergovernmental relations. However, given the ever-increasing role of international organizations in world society, it is necessary to focus on their activities in the field of energy security. In such associations as the UN, EU, NAFTA and others there are special commissions dealing with energy security. In addition, countries that export natural resources, such as OPEC and the Forum of Gas Exporters (FKEG), play a significant role in ensuring the balance in this area. FKEG is a new actor in the international arena. However, this does not diminish its significance among other associations, especially given the members of this organization. In spite of the desire to reorganize the world gas market and to some extent monopolize it, the participating states express an interest in actively participating in ensuring international security, first of all, in the energy sector. In view of this, the topic of activity of the FCEG is extremely relevant today.

Kasayev E.O. The Myth of a Natural Gas OPEC. – Regime to access: http://nationalinterest.org/commentary/the­myth­natural­gas­opec­8082. 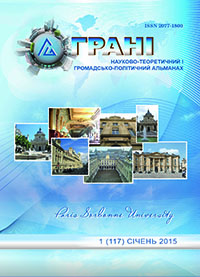