Views about the state in the «Kiev Synopsys» 1674

The purpose of the study was to analyze the content and structure of representations about the state in one of the key historical works of Ukraine in the late 17th century – «Synopsis», which was published in the printing press of the Kyiv Pechersk Lavra in 1674, and subsequently expanded in 1678 and 1680. The relevance of this theme is determined by the fact that «Synopsis» was the final result of the development of Ukrainian historiography of the early modern era, as well as the influence that this text had on the development of Ukrainian culture of the XVIII century. As a result of the analysis it was found that in the text «Synopsis» there is a clearly formulated concept of the state, which was covered in the theoretical aspect and was used to study specific historical events.The study found that the author of «Synopsis» relied in his ideas about the state on the concept developed by the Ukrainian Orthodox intellectuals, which included the categories of the essence of the state as a political entity, an ideal state structure, a political nation, a system of relations between the ruler and subjects, and the role of the church in the state. Comparison of this theory with the text «Synopsis» has allowed to reveal a number of common and distinctive points. It has been found that the central idea of the state concept of the Ukrainian Orthodox clergy in the concept of the author of «Synopsis» has not changed and is to recognize Kiev as the spiritual center of all Orthodox lands and the transcendental justification of the existence of the Ukrainian state. Also, the common feature is the unconditional recognition of the sovereignty of Ukraine in all its ethnic boundaries and understanding of its people as an ethnic and confessional community. The comparative analysis allowed us to conclude that the state theory contained in Synopsy has a number of distinctive features in comparison with those ideas that existed among the Ukrainian spiritual elite at the end of the 16th – in the first half of the 17th centuries. The main differences are the indisputable recognition of the absolute monarchy as an ideal of the state system, providentialism, the refusal of the political subjectivity by the population and the recognition of political rights only by the autocrat, the positive perception of the integration of the Ukrainian Cossack state into the Moscow kingdom, the theory of the church as supreme power in the state.It is established that a number of provisions of state theory embodied in «Synopsis» can be understood as the origins of the philosophical and political concept of enlightened absolutism, which was subsequently elaborated by Prokopovich and had a significant influence on the formation of the state ideology of the Russian Empire in the first half of the XVIII century. It was found out that the author of Synopsis actively supports the idea of political integration of Ukrainian lands with the Moscow kingdom, but defends the independence of the Kyiv Metropolitanate and the priority of spiritual power over secularism. 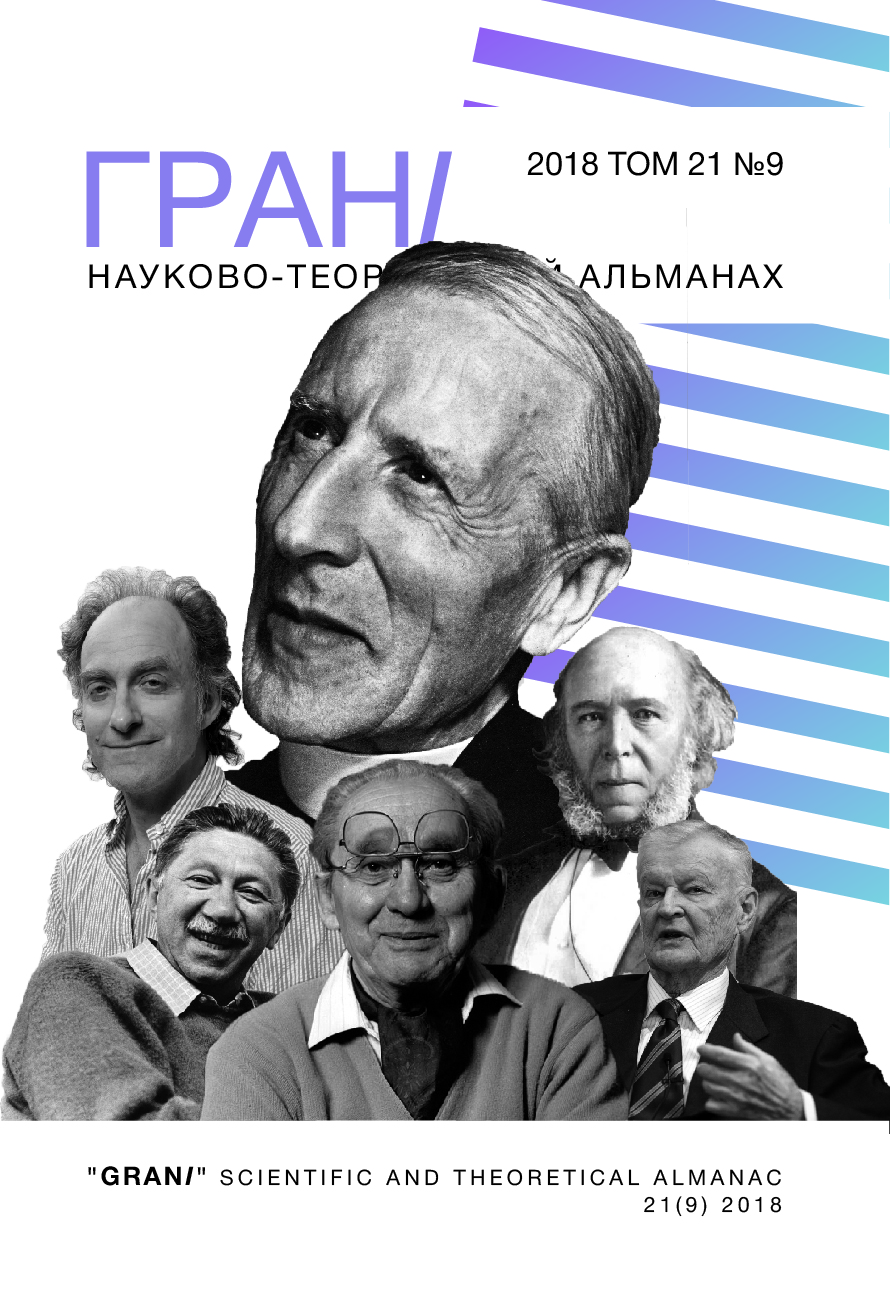 Published
2018-10-12
How to Cite
Shalashna, N. (2018). Views about the state in the «Kiev Synopsys» 1674. Grani, 21(9), 90-97. https://doi.org/10.15421/1718119
Download Citation
Issue
Vol 21 No 9 (2018)
Section
Статті
Authors retain copyright and grant the journal right of first publication with the work simultaneously licensed under a Creative Commons Attribution License that allows others to share the work with an acknowledgement of the work's authorship and initial publication in this journal.