DOI: https://doi.org/10.15421/171874
Keywords: the future of culture, humanism, culture, cultural values, the crisis of modern culture, the concept of culture J. Hayzing, the ideals of culture

The current state of culture is determined by the variety of factors that arise in completely different spheres of human activity, and therefore it is almost impossible to combine them to get a more or less complete picture. However, there is still the possibility, based on specific manifestations of social life, to identify the most typical processes and events in which general trends manifest themselves. Of course, the identification of such trends cannot serve as a full-fledged source for the formation of the concept of modern culture and therefore, due to the complexity of the content and functioning of culture, to form a general idea about it, and, to determine the essential features of its impossible. Focusing on multiple manifestations of culture, at best, it will be possible to collect empirical material for further comprehension, but this comprehension must proceed from principles that cannot arise as a result of generalization of the empirical material of cultural manifestations, since these principles are a condition for the possibility of the existence of culture in general. But such a study of the principles of culture arises, or becomes especially relevant only in times of cultural crisis. The crisis is always represented as a devaluation of the generally accepted, which makes it possible to perceive or highlight that value-semantic field in which public relations function. The concept of crisis contains an element of decline, an element of transition and an element of the future, as that which has not yet come and whose features are seen with difficulty. J. Heisinga defines culture as always directed activity of a society. At the core of culture are ideals, therefore the necessary condition for its existence, in addition to the balance of spiritual and material values, is its metaphysical orientation. But what are the ideals of modern culture? These ideals conceptually relate to the idea of humanism, which emerged, as is known at the turn of the fourteenth and fifteenth centuries, the meaning of which amounts to the fact that the original and relative benchmark, as well as the original source of truth, morality, beauty and harmony, is recognized by man, or in another way: humanism is deeply anti-metaphysical. This certainly applies more to the Western world than to the world of the East, but the decline of tradition clearly manifests itself already there. So, most likely, the crisis of modern culture is connected with the lack of social ideals, which leads to both the decline of the individual culture of the individual, the decline of morality among the peoples, and the extinction of the creative possibilities of culture in general. There remain values subjective, family values, arbitrary values of different kinds of communities and collectives, which in themselves are not able to consolidate the society, to give it a proper basis for development. Although J. Hazinga investigated the crisis of culture of the first half of the XX century, the main conclusions of his analysis are in many ways relevant in our days. 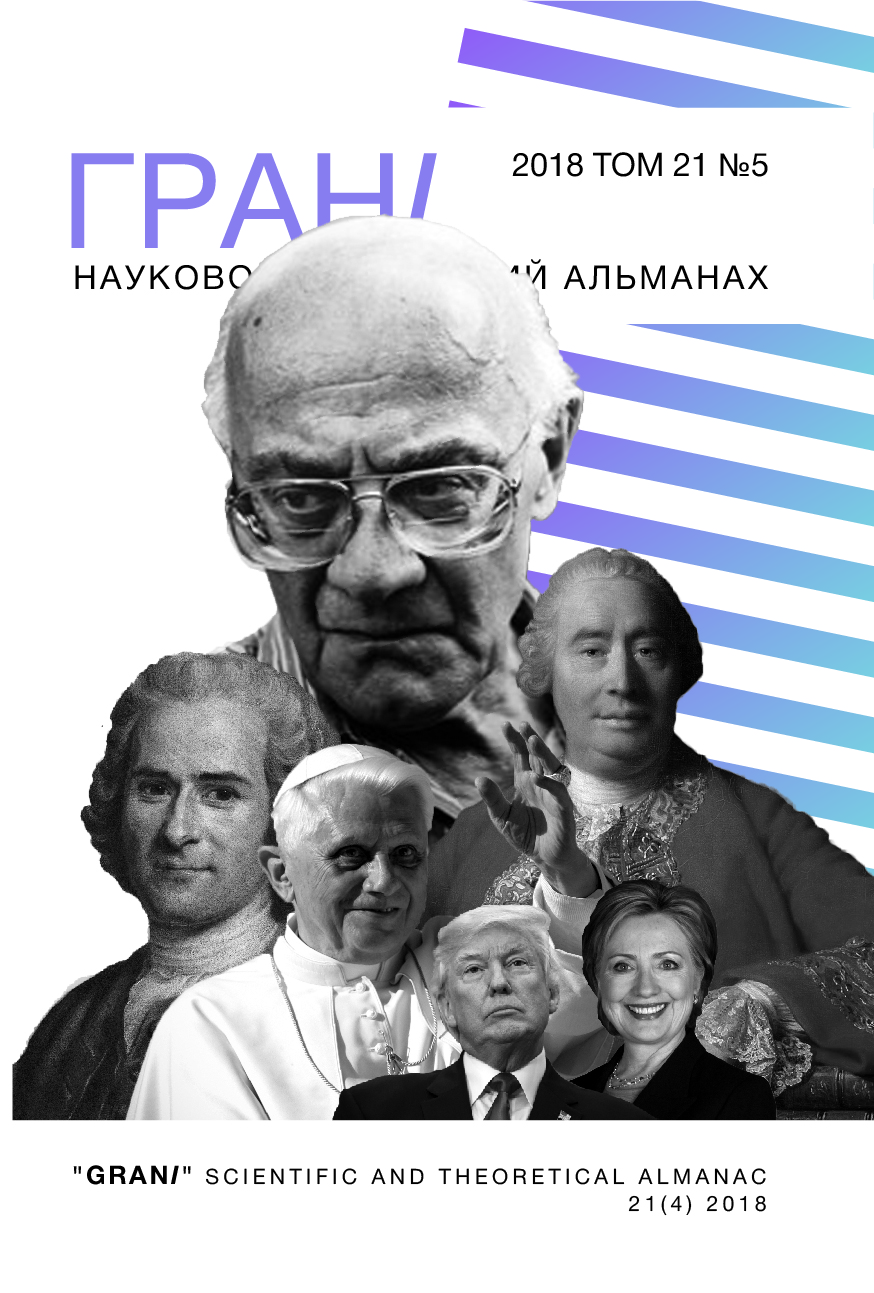 Published
2018-06-14
How to Cite
Forkosh, S. (2018). The historical and cultural concept of the culture crisis and the current search for the foundations of culture. Grani, 21(5), 103-108. https://doi.org/10.15421/171874
Download Citation
Issue
Vol 21 No 5 (2018)
Section
Статті
Authors retain copyright and grant the journal right of first publication with the work simultaneously licensed under a Creative Commons Attribution License that allows others to share the work with an acknowledgement of the work's authorship and initial publication in this journal.