Phenomenon of Mercy in the Dichotomy «West-East»

The aim of the article is to analyze the phenomenon of mercy through the prism of value-ideological background of the western and eastern types of culture and thinking. The main methods of research include: socio-cultural analysis, axiological and critical analyses.The article is devoted to the analysis of the phenomenon of mercy through the prism of Western and Eastern values (types of worldviews). Mercy, based on the principles of humanity, as well as having secular and religious dimensions, permeates by its content both Western and Eastern worldviews and understanding of the person’s place in society. The article proves the opinion as to the Western orientation to «possession», while the East is oriented to «being», which essentially determine the understanding of mercy. The phenomenon of mercy is analyzed by the author in the context of religious and philosophical (Confucianism, Taoism), religious (Christianity, Islam, Buddhism) and secular positions. The study shows the perception of mercy in various oriental traditions, as well as its differences. Special attention is paid to the understanding of mercy through the prism of Christian and Islamic anthropology. It also describes the principle of ahimsa, which is adjacent to mercy in the Eastern tradition of the worldview.The author comes to the conclusion that the sociocultural factor of the conditional comprehension of mercy proves to be decisive in the context of the «West-East» dichotomy, moreover, it forms different approaches to its understanding. Pragmatically oriented Western culture is based on the philosophical and scientific outlook and Christianity. Mercy here is understood not as a moral imperative, but as a person’s choice, the manifestation of his/her attitude to others. A person appears to be an individual who acts through his/her freedom of will, the priority of a person over the social and the state comes to the fore. The object of mercy is a person, while nature is perceived as the object of possession and consumption for human needs. The social practice of mercy is embodied in the activities of charitable, volunteer and other humanitarian organizations and is based on a combination of individual and social benefit. In its turn, the Eastern paradigm of thinking is based on religious norms, morality, is more spiritually oriented, perceives the phenomenon of mercy as an inalienable attribute of human existence, and the person himself/herself as a particle of the whole (nature, space, etc.), primarily as a member of the community. Hence the object of mercy appears not only a person but all living beings, whose harmony cannot be violated. 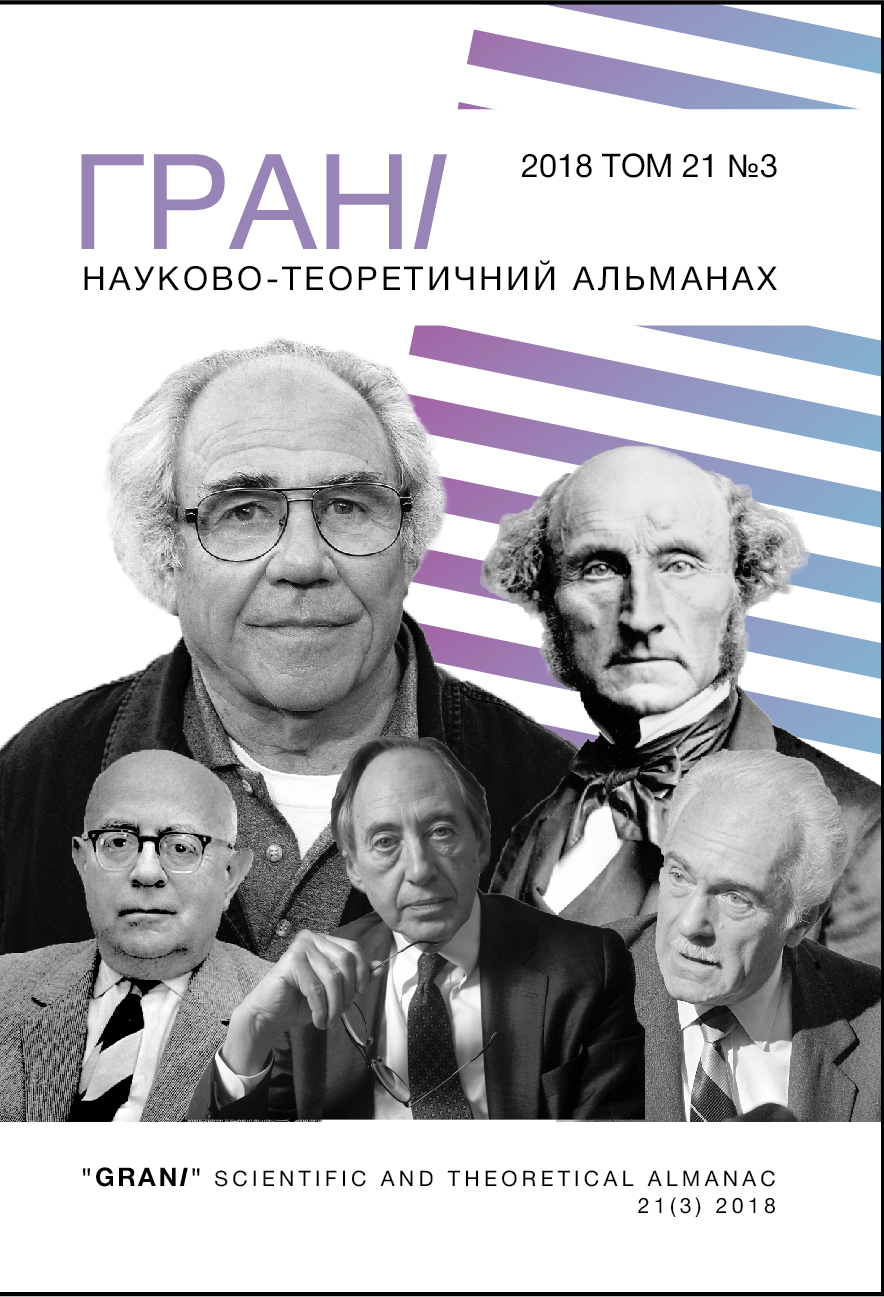 Published
2018-04-20
How to Cite
Khodanych, Y. (2018). Phenomenon of Mercy in the Dichotomy «West-East». Grani, 21(3), 132-138. https://doi.org/10.15421/10.15421/171849
Download Citation
Issue
Vol 21 No 3 (2018)
Section
Статті
Authors retain copyright and grant the journal right of first publication with the work simultaneously licensed under a Creative Commons Attribution License that allows others to share the work with an acknowledgement of the work's authorship and initial publication in this journal.